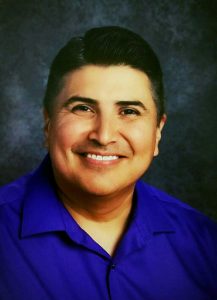 Ray Flores begins his 23rd year in music education and year 10 as the Head Band Director of Briscoe Middle School. He has taught middle school through high school in his career. In his previous assignments, his responsibilities have included Marching Band Director, Percussion Coordinator and Band Director for non-varsity and varsity organizations. His ensembles have received 22 U.I.L. Sweepstakes Awards throughout his career. He has had the opportunity to be part of some outstanding band organizations that competed and excelled at the local and state level. He also has instructed several students who achieved success at the region, area and state level in the TMEA audition process.

He is married to his wife, Jennifer and they have two children. Spending time with his family is very important to him. In his spare time, he volunteers for his community and composes music.

Mr. Flores is a published composer. He currently has 18 titles published by Row-Loff Productions.   Several of those titles are on the Texas “Prescribed Music Lists” and in other states around the country. He is an accomplished music arranger. Several of his marching band arrangements have been performed at the Texas UIL State Marching Contest.

Professionally, he has served as a consultant / adjudicator for marching and concert bands. He is a member of Phi Mu Alpha, Texas Music Educator’s Association, and Texas Bandmaster’s Association.

Ray Flores is excited to be the Head Director at Dolph Briscoe Middle School. He looks forward to sharing his passion for music with all of the Briscoe Band students. The Band students will build their music knowledge, discipline, character and friendships. 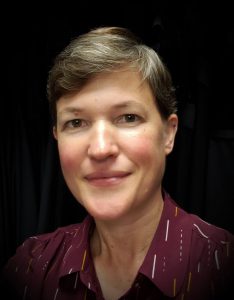 Mrs. Hirota-Mabry is beginning her 15th year of teaching as the first associate band director for the Briscoe Bengal Band! She has taught and adjudicated at the middle school level her entire career and has loved every minute of it!

Ms. Hirota is married to Gary Mabry and spends much of her free time with her husband “raising” four distinctly different cats!

Ms. Hirota is quite active in the musical community having directed St. Brigid’s Legacy Handbell Choir and the Travis Park United Methodist Handbell choir, where she also serves as a youth sponsor!

She has been a percussionist for the Boerne Community Band and the Travis Park Celebration Band, but what really serves as “therapy” for her is drumming and harmonizing with her band, Down for the Count!

Mr. Esparza is a full time musician that plays for various groups and various styles of music in and around the San Antonio area. His involvements include: serving as interim conductor of the Beethoven Band of San Antonio, founding member of the Boerne Community Band, the cover band “Road Trip,”The Powerhouse Big Band,Roger Velazquez and the Latin Legendz, and is a member of the Boerne Village Brass Band.

He continues to perform all styles of music ranging from Jazz, Classical, Dixie Land, Concert Band, German Polka, Salsa, Tejano, and R&B from all eras.  In 2018 Mr. Esparza recorded on an album that won the Latin Grammy forTejano Album of the Year.

Some of the artists that Mr. Esparza has performed with include: Chi-Lites, Barbara Mason, The Delphonics, Sunny and the Sunliners, Little Joe, Jay Perez, The Manhattans, Heatwave, The Floaters, Ram Herrera, The Latin Breed, Bloodstone, Blue Magic, Eddie Holman, The “Duke of Earl” Gene Chandler, and Peaches and Herb.

Mr. Esparza and his wife Laurie, also a band director, enjoy family time with their son and daughter who are also involved in Band life, twirling and other fun activities!